Pouring the tallest, highest dam in the world 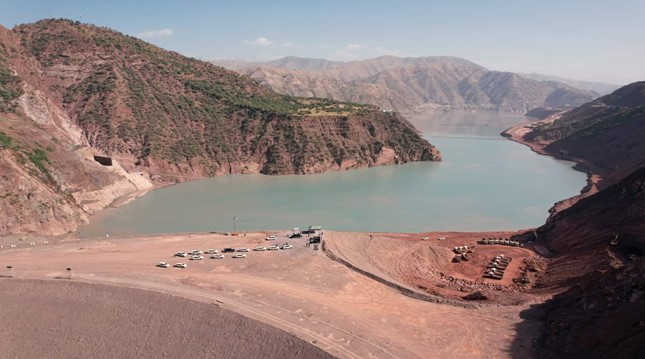 Large scale infrastructure global construction and engineering group, Webuild, has commenced pouring concrete for the core of the world’s tallest and highest dam.

Formerly known as Salini Impreglio and still headquartered in Italy, Webuild is responsible for the main civil works in the construction of the Rogun dam in the upper reaches of the Bakhsh River in the Pamir Mountains west of the Himalayas in Tajikistan.

The structure, which is expected to be complete by 2028, is located 90 km from the country’s capital, Dushanbe. It will be the highest dam in the world, at 1300 metres above sea level, breaking the record held by Nurek Dam, which is up-river. Rogun will be rock filled with a loam core.

Not only will it be the highest dam on the planet, it will be the tallest, at 335 metres above the canyon floor, with a crest length of 660 metres. It forms part of the 3.6GW Rogun hydropower project which includes tunnel works and construction of the powerhouse and electromechanical works and has 2000 people working on it.

Webuild revealed the Rogun dam already has two turbines producing electricity, each with a capacity of 600MW, allowing Tajikistan to reduce power shortages and export electricity. Once all six turbines are installed, the dam will have a total capacity of three nuclear power plants, making it the most power hydroelectric station in Central Asia, the company said.

Webuild started work on the project as Salini Impreglio in 2016. The company is very active in Australia and is working on Australia’s Snowy 2.0 project and has projects country-wide such as Melbourne’s North East Link, Perth’s Forrestfield-Airport Link, and Inland Rail.