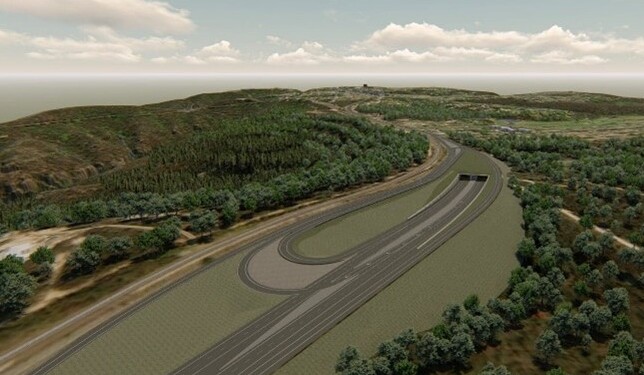 The preferred 11-kilometre route for Australia’s longest road tunnel has been selected by the NSW Government to run through the upper Blue Mountains from Blackheath to Little Hartley.

As a central component of the Great Western Highway upgrade between Katoomba and Lithgow, the preferred toll-free road tunnel route was chosen following an in-depth feasibility analysis and extensive investigations.

The tunnel design features dual carriageways east- and west-bound in separate twin tunnels, with a gentle gradient to cut travel times of up to 30 minutes between Katoomba and Lithgow and improve freight efficiency.

The aim of the Blue Mountains tunnel, according to NSW Minister for Regional Transport and Roads, Sam Farraway, is to transform the connection between Sydney and the state’s western region. When completed, the project is expected to improve road safety and resilience of the state’s major road corridor across the Blue Mountains during traffic incidents and natural disasters as well as accommodate future population growth west of the range.

Information sessions are being held at the Katoomba Cultural Centre on Wednesday 25 May (4.30-8pm) and Blackheath Neighbourhood Centre on Saturday 4 June (10am-12pm). An online session will be hosted on Thursday 9 June at 6.30pm.

These sessions precede the formal consultation later this year when the Environmental Impact Assessment for the tunnel goes on exhibition. At that time, formal submissions will be accepted, which will contribute to the submissions report.

Construction of the dual tunnels is earmarked to commenced in 2024.