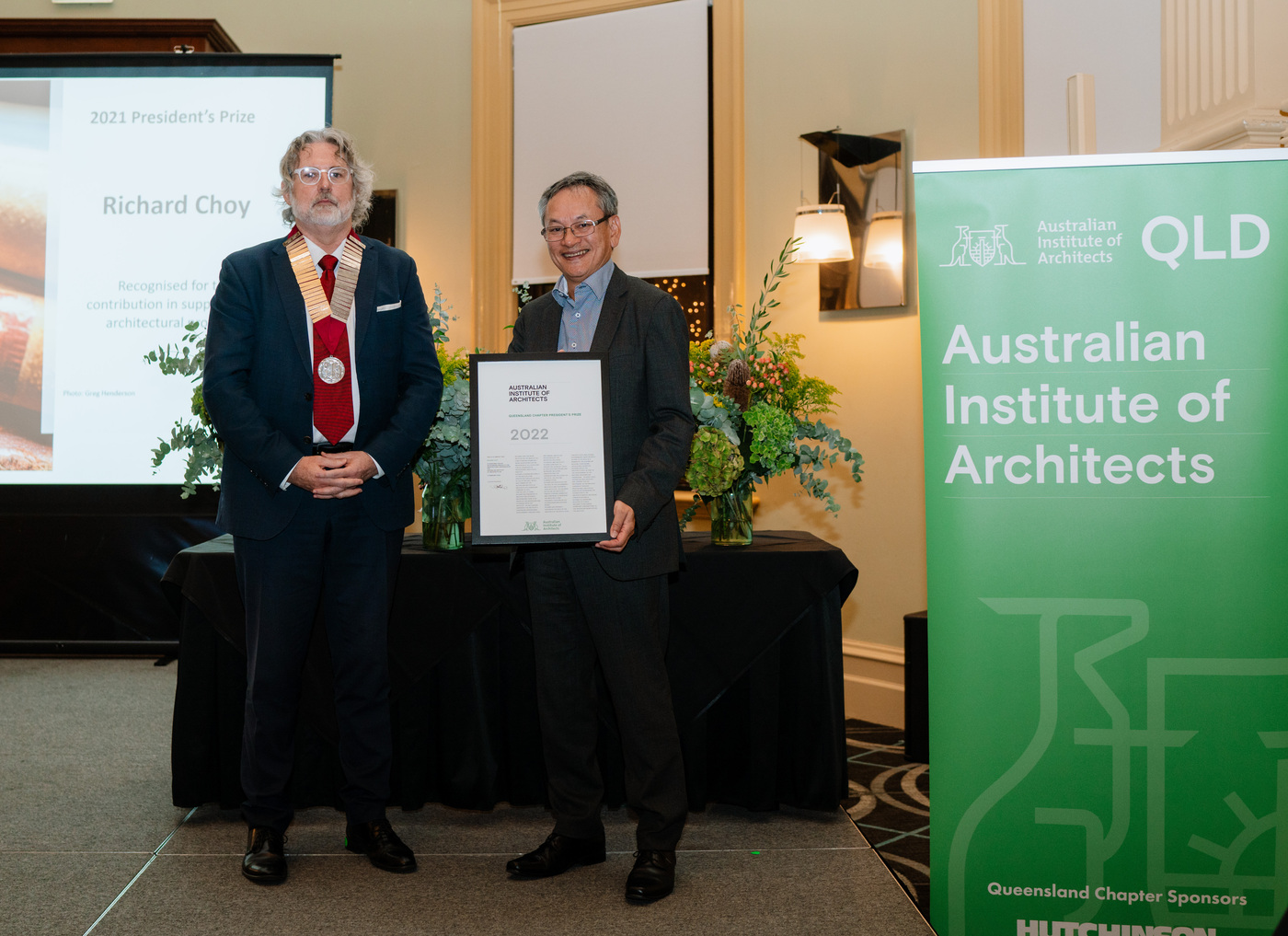 Concrete Institute Past President, Richard Choy, has been awarded the 2022 Australian Institute of Architects (AIA) Queensland Chapter President’s Prize. The award is for his outstanding service to the architectural profession from outside the AIA.

Richard was the Concrete Institute of Australia’s President from 1997 to 1999. Prior to his taking the helm, he was on the editorial committee and editor of Concrete in Australia magazine for 12 years, from 1985 to 1997. Richard was also on the CIA’s National Council from 1993 until 2001.

Since that time, Richard has presented to architecture students at universities around Australia. He has supported the AIA’s CPD and helped develop initiatives such as TECHnotes and ArchiTech.  Richard continues to present nationally on technical topics at architecture forums as well as giving presentations for organisations including the Concrete Institute of Australia, the Association of Consulting Architects (ACA), Planned Cover, architecture networks, and building design associations.

In addition to supporting the role of the architect through the Australian Architecture Association, Richard Choy sponsored the development of ACA’s Salary Calculator and Covid Information.  He also provided funding for the formation of the Architects Mental Wellbeing Forum.

Richard Choy is the CEO of NATSPEC, a national not-for-profit organisation that has been around for 40 years and owned by the design, build, construct and property industry through professional associations and government property groups. Its objective is to improve the construction quality and productivity of the built environment.