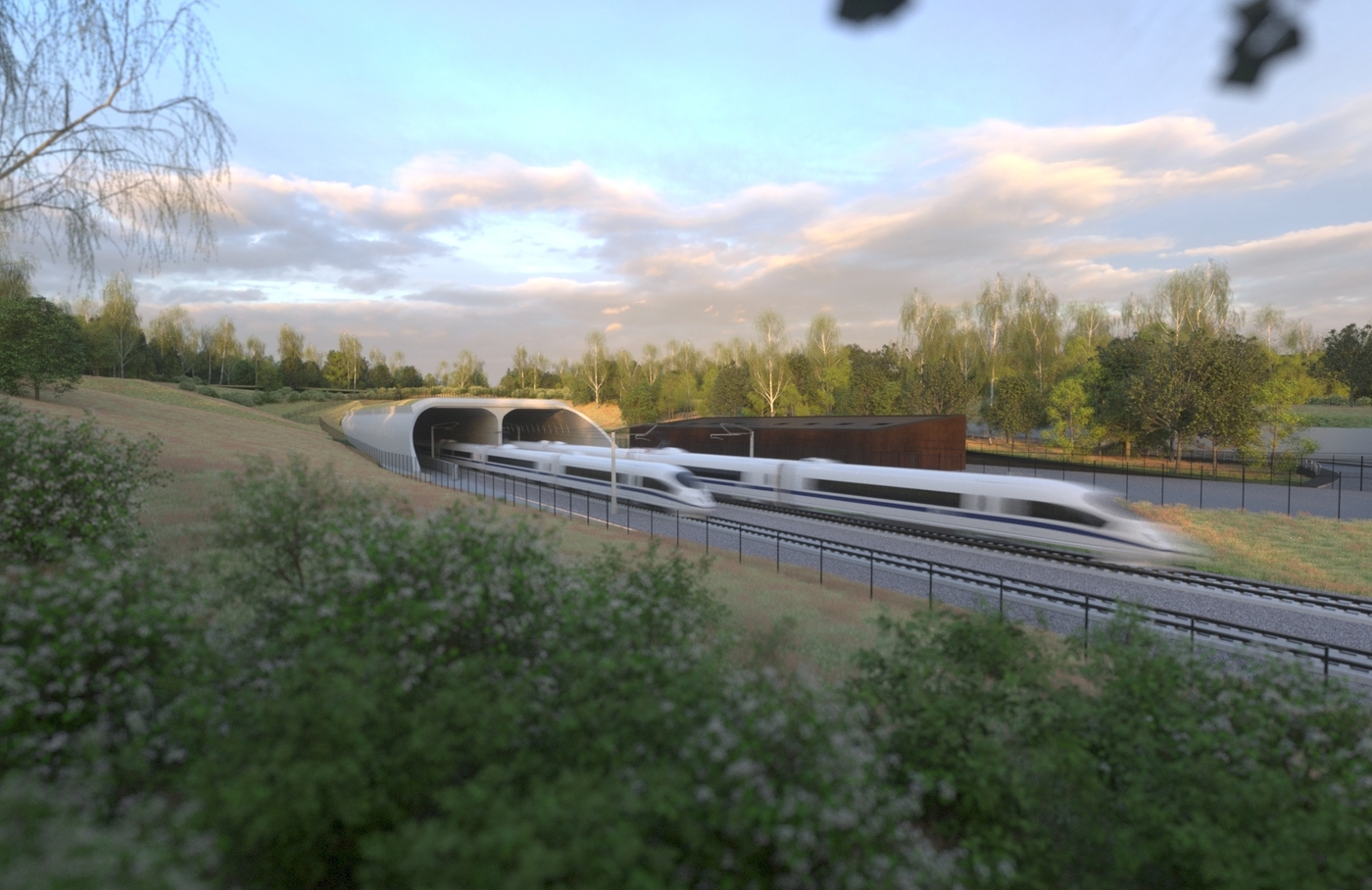 The 2.4 km-long Greatworth tunnel part of the UK’s expansive HS2 rail project, will be built entirely off-site, shipped and assembled above ground.

A cutting was excavated for the high-speed rail line followed by the tunnel being assembled over the railway line then covered with earth and landscaped over with native trees and shrubs, local to the area.

The modular tunnel is one of three ‘green tunnels’ to be constructed for the project to cut embedded carbon in construction by 50%, inspired by lessons learned in French high-speed rail line construction.

Thousands of tonnes of rock and earth are excavated during the initial stages of construction and carefully separated and stockpiled for later use. The tunnelling method is aimed at reducing disruption to the local residents by keeping trucks off the road.

“Designed as an ‘M’ shaped double arch, the tunnel will have two separate halves for south-bound and north-bound trains,” HS2 explained.

“Instead of the whole tunnel being cast on-site, five different concrete precast segments will be slotted together to achieve the double arch.”

There will be one central pier, two side walls, and two roof slabs. All 5400 segments installed at Greatworth will be steel reinforced, with the largest weighing up to 43 tonnes.

All 13, 290 concrete segments for the three tunnels are being manufactured by Stanton Precast, creating 100 jobs at the factory equalling an increase in their workforce by 50%.

The tunnels are designed with ‘porous portals’ at each end to reduce the noise of trains entering and exiting while small portal buildings house safety and electrical equipment.

Similar tunnels are to be built near Wendover and Chipping Warden with a combined length of 6.4 km. You can watch a video about the precast process.