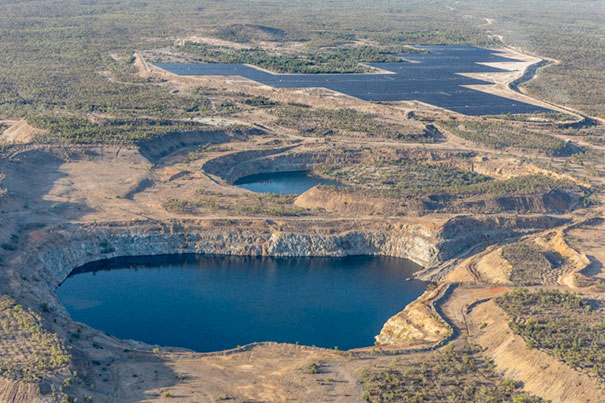 In a world-first, two disused goldmine pits in Queensland are being transformed into an energy storage facility, with its main access tunnel currently being dug and expected to be complete in early 2022.

The pits sit underground at two different heights, making it ideal as a pumped hydro project. Genex Power has undertaken extensive works throughout December and January to establish the tunnel at the Kidston Pumped Hydro Storage Project (K2-Hydro) in Far North Queensland.

CEO of Genex, James Harding, revealed that the engineering, procurement and construction (EPC) joint venture of McConnell Dowell and John Holland has commenced the subterranean excavation while Entura has signed on as the engineering consultant.

McConnell Dowell said the two mine pits would be converted into reservoirs, which will involve “the construction of significant underground infrastructure including a large powerhouse cavern and waterway shafts and tunnels”.

The cavern will be 250 metres below ground level and home to two 125 MW hydro reversible pump turbines that will generate electricity and pump water. Ultimately, 250 MW/2000MWh of storage capacity will be available.

The main access tunnel, when complete, will be six metres wide as well as high, with a length of around 1.5 kilometres. John Holland revealed the project will create 800 jobs, calling it a ‘game-changer’ for the clean energy industry with its new approach to large-scale energy storage.

The K2-Hydro project is expected to be complete in Q4 in 2024 when it will become the fourth operating hydro project in Australia. It will join the NSW-based Tumut 3 power station, part of the Snowy Hydro scheme, and Shoalhaven scheme, and the Wivenhoe Power Station in Queensland. A fifth project is currently being developed as part of the Snowy 2.0 project which will be the largest once it is operational.