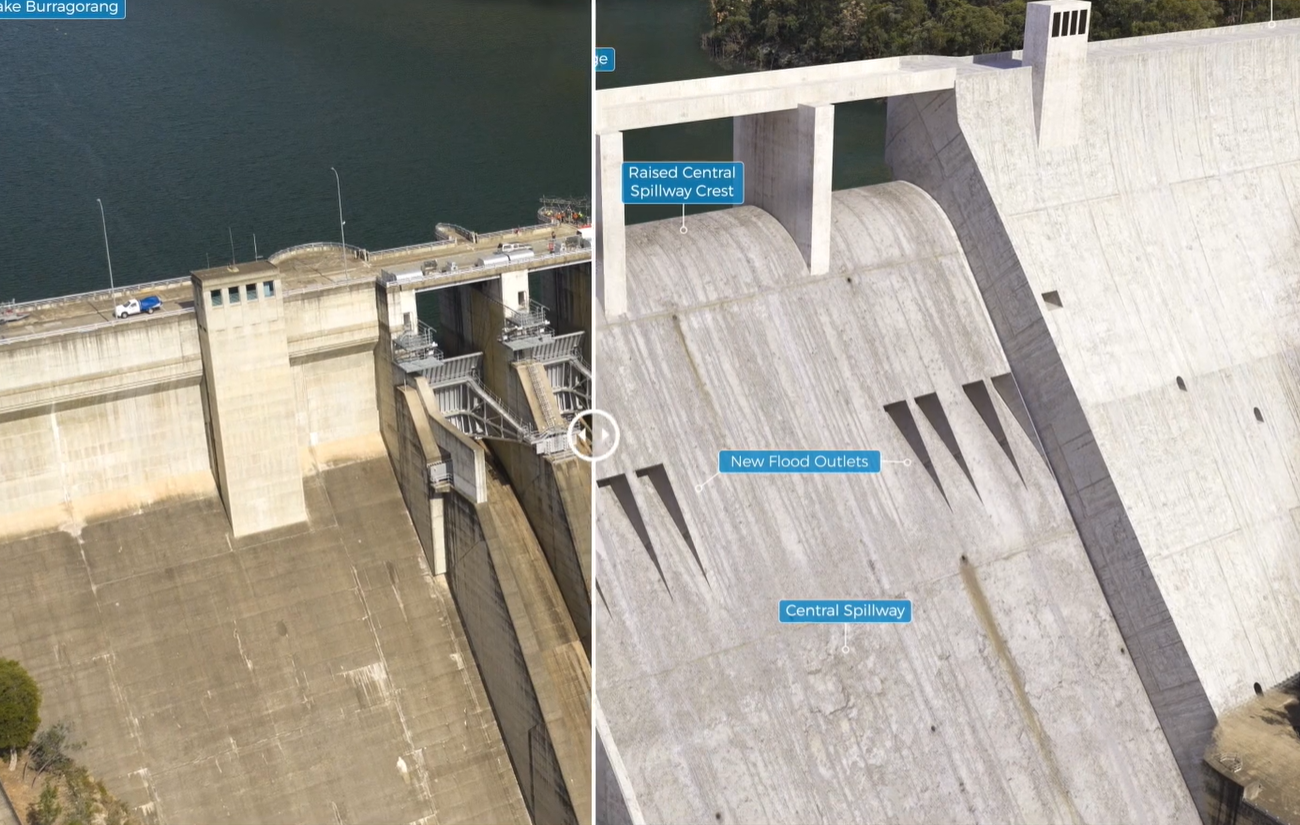 The NSW Government plans to raise the wall of Australia’s largest concrete dam by 14 metres are dependent on the Environmental Impact Statement (EIS) public consultation that closes 29 November 2021.

The Hawkesbury-Nepean Flood Risk Management Strategy released by the state government in 2017 recommended the Warragamba Dam wall be raised to reduce the flooding risk from the Warragamba River catchment, Infrastructure Partnerships Australia says.

Raising the height of the 142 metre-high mass gravity concrete dam would require around 700,000 m³ of new concrete to be added to the dam’s thickness and height, according to WaterNSW. The organisation says its design to raise the structure’s height has been prepared by dam engineering experts from Australia and overseas so it would retain structural integrity.

“The Warragamba Dam Raising project team used sophisticated digital design tools to develop a design to safely raise the dam considering factors such as structural integrity and the way water spilling from the dam will behave,” the NSW Government says.

To test its concept design, the team built a physical scale model of the proposed dam design which was used to run a series of simulated flood events to test the physical results against those forecast by the digital tools.

“Extensive investigation of the dam foundations, existing concrete and testing of proposed concrete mixes has been undertaken,” the government stated.

“Although extreme floods and earthquakes are rare, the dam wall is being designed to remain stable under all conditions.”

The $670 million-plus project was listed on the Infrastructure Australia Priority List in 2017 remains under a cloud of controversy since the federal government intervened in the state’s plans mid this year, taking issue with a leaked draft of the EIS, according to ABC News. In October, The Guardian reported a cross-party NSW Parliamentary Committee had urged the state government to consider other alternatives to raising the dam wall.