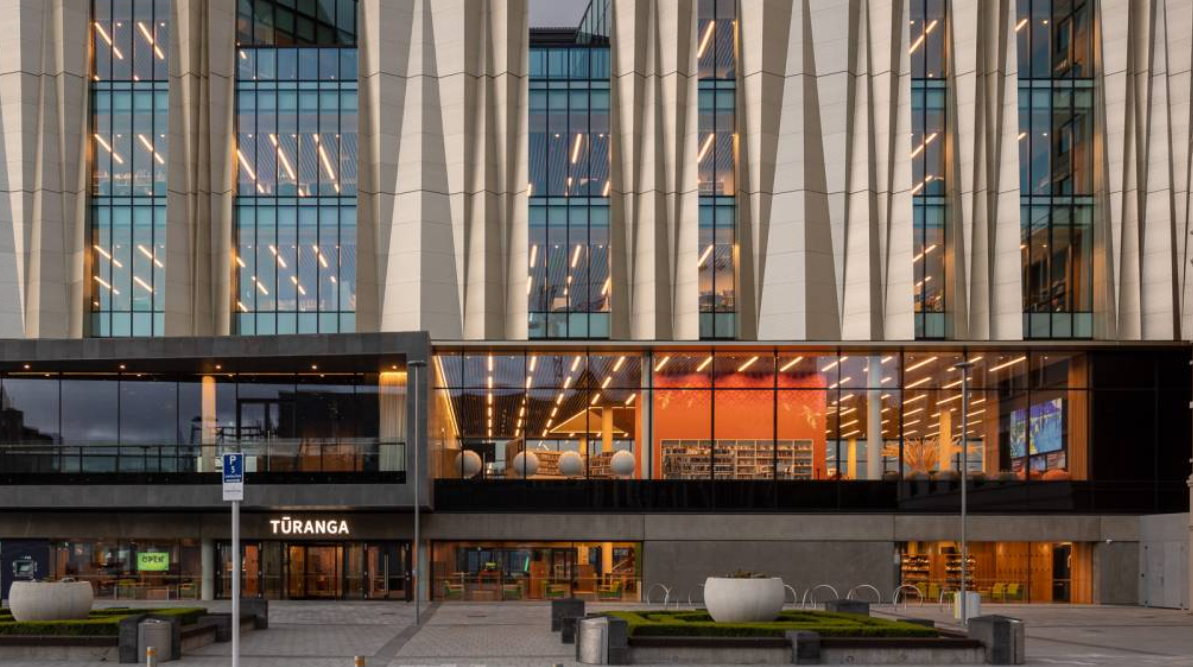 A sizeable hole found under the concrete loading dock of Christchurch’s Central Library – Turanga – earlier this year remains a mystery, but was not caused by a construction fault says the main contractor, Southbase Construction.

Completed in 2018, the NZ$65 million award-winning project at 9850 m² is the largest facility of its kind on New Zealand’s South Island. The project has collected several seismic, commercial and architecture awards in the last three years.

Christchurch City Council found the 20 m³ hole earlier this year, first thought to be leaking water that had washed away gravel under the concrete dock. The leak was understood to have come from water pipes that feed into the ground source heat pumps that heat the building.

At the time, structural engineers and geotechnical experts inspected the site and advised there was no immediate concerns for the building, and Southbase Construction repaired the hole. However, a leak has now been eliminated as the cause. Multiple theories have been considered but the Council is no closer to understanding how the hole was formed.

For the project, designed by Architectus, post-tensioned hybrid concrete shear walls and steel moment-resisting frames were used to the perimeter of the building. The gravity frame consisted of structural steel superstructure and concrete-filled tubular composite columns with suspended precast concrete floor systems, according to Southbase. These also ensure future flexibility within the ceiling voids, offering a resilient high performance, low damage design.

Chief executive of Southbase Construction, Quin Henderson, spoke to Stuff.co.nz and denied it was a construction fault, but declined to comment further.