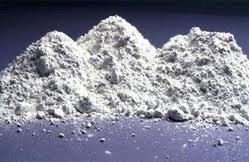 An international team of researchers from Italy, Egypt, the US, and Argentina were involved in the study with the primary aim of 3D printing metakaolin, a dehydroxylated form of the clay mineral kaolinite, without the use of cement.

The researchers developed a granulation technique resulting in the production of a feedstock with ‘reasonable flaw ability’ made up of sand granules covered by metakaolin. The binder jet 3D printing process allowed the team to take advantage of the geopolymerisation that occurs when metakaolin reacts with an alkaline solution.

Jetting an alkaline solution onto the powder bed, the granulation allowed for a higher proportion of metakaolin, formed a geopolymer and ensured the printing was defect-free of powder layers. Using a large-scale commercial binder jet 3D printer, the team’s structural geopolymer components were made up of two feedstocks; one of metakaolin and sand, while the other included a small amount of commercial rapid-setting cement in the powder mix.

All 3D printed samples were found to be water-resistant with no significant differences in strength after seven days of exposure. The 3D printed geopolymers containing metakaolin had the same printing accuracy and resolution as those with cement. This confirmed the high reactivity of the metakaolin granules to prepare geopolymer gel for fabricating strong, high-resolution geopolymer parts without the need for cement, according to the research team.