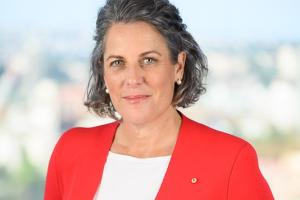 Engineers Australia has appointed its second female CEO in less than three years, a win for women in the industry and the members’ association, but a loss for Infrastructure Australia.

IA Chief Executive, Romilly Madew (pictured), has been appointed as the new CEO of Engineers Australia (EA) and will depart the government body at the end of July after a three and a half-year stint. Prior to her role at IA, Ms Madew had headed the Green Building Council of Australia for 13 years and was awarded an Order of Australia in 2019 for her contribution to sustainability.

Engineers Australia (EA) CEO, Dr Bronwen Evans, was the association’s first female CEO in its 100-year history but held the role for only two and half years before her retirement in May. This now leaves EA Chief Operating Officer, Michael Luddeni, as Acting CEO until Ms Madew takes the reins on 1 August 2022.

The incoming CEO said she had worked closely with EA over the last 20 years and recognised the engineering profession as “the nation’s problem-solvers”. EA National President, Dr Nick Fleming, said Ms Madew was chosen after an extensive search. The engineering association is expecting great things from its new CEO with Dr Fleming recognising Ms Madew as an “advocate for change in the construction sector”, welcoming her “visionary leadership style”.

Outgoing CEO Dr Evans was a strong advocate for women in the industry and at the time of her departure said women are still underrepresented in engineering so “society and the profession miss out on half the latent talent in the population … [which] is not adequately considered on far-reaching design decisions” while her parting view on climate change “means accelerating engineering innovation for a swift transition to a sustainable economy through practical solutions that transform systems, technologies and infrastructure”.