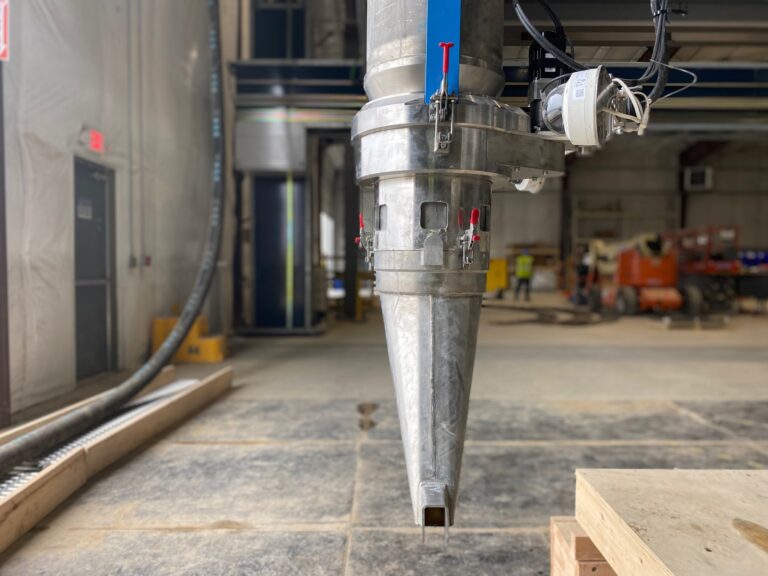 A research facility has been opened in New York state that is expected to enable the 3D printing of the base of wind turbine towers on site at wind farms within five years.

The largest 3D concrete printer in the world was manufactured for the facility by COBOD, a robotics and construction 3D printer firm, based in Denmark. The printer is the size of a three-storey building and can print tower sections up to 20 metres high.

“[It is] the largest of its kind in the world … not only can it print in excess of 10 tons of real concrete per hour, but in addition it is the first 3D concrete printer in the world with two X-axes on the printer,” he explained.

“With the multiple functions of the printer, it can best be described as a multifunctional construction robot [rather] than a printer.”

Building materials and aggregates maker, Holcim, is working with GE on the project, Edelio Bermejo, Head of Global R&D revealed.

“We have been studying 3D printing in concrete for nearly a decade and the potential of this technology just keeps expanding,” he said. “Projects that would have been impossible yesterday are now a reality.”

Holcim’s role in the project includes proposing the right mixture of ink to build more efficient wind turbines directly on site. The company is convinced “this innovation will grow very quickly in the upcoming years” and support its journey to net zero.

GE has manufactured more than 49,000 on-shore wind turbines across 35 countries including Australia where it has built around 1500.