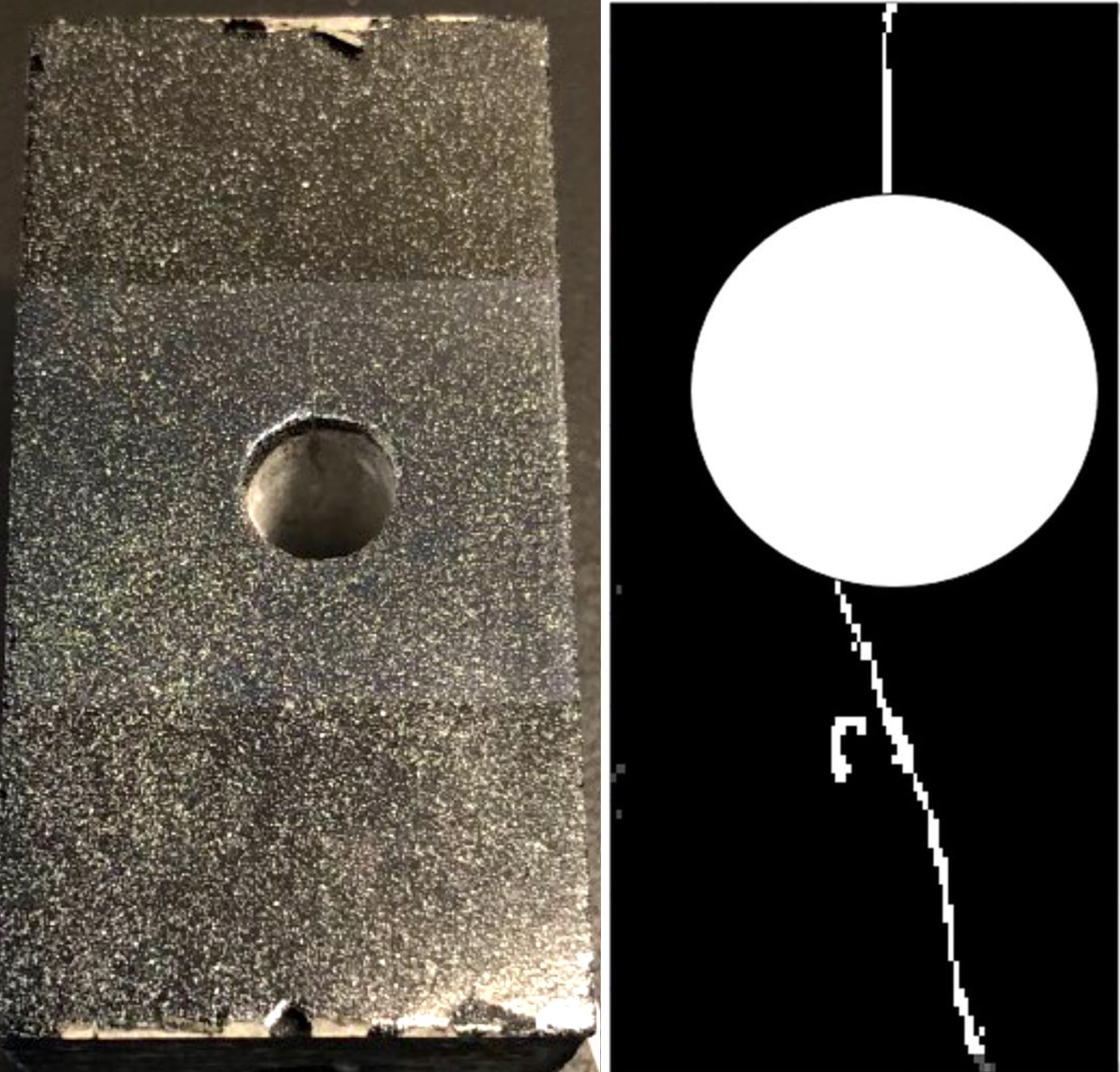 Researchers have made a chance discovery that silicon crystals in Portland cement emit fluorescent, infrared light that can reveal early damage in concrete.

A collaboration between research groups at Rice and the Kuwait Institute for Scientific Research found that common Portland cement contains microscopic crystals of silicon that emit near-infrared fluorescence when illuminated with visible light.

This discovery has led to two realisations: that the exact wavelength of the emission can be used to identify the particular type of cement in a structure; and more importantly, that the near-infrared emission can reveal even very small cracks in cement or concrete.

What is required is to apply a thin coat of opaque paint to the concrete when it’s new. In near-infrared scans, intact concrete appears black and glowing light reveals the tiniest of cracks, according to the research team.
Civil and Environmental Engineering PhD graduate, Wei Meng, identified the phenomenon while pursuing the Rice team’s long-standing work on optical strain sensing with carbon nanotubes. Professor of Chemistry and Materials Science at Rice University said it arose from a project in which the team was trying to apply their strain measurement technique to cement and concrete.

“We ran into an unexpected problem when we illuminated a specimen coated with a nanotube film,” Weisman explained. “We found that one of the peaks in our film spectrum was obscured by much stronger emission coming from somewhere. We never expected it would be from the cement itself.”
The emission’s unusual spectral signature led the researchers to surmise that the source was pure silicon crystals.

“Minerals called silicates are major components of cement, and we hypothesised that during the high temperature production process, very small amounts decompose to form microscopic silicon crystals,” Weisman said. “Their emission wavelength tells us that they’re larger than about 10 nanometers, but they can’t be much bigger or people would have noticed them long ago.”

Wei Meng experimented on small concrete blocks painted black and with holes drilled in the middle which served as focal points to form microcracks that would propagate outward when the blocks were compressed, also cracking the paint. He found the fluorescent signal came through the tiny cracks and could easily be mapped with a raster-scanning laser. A practical approach would be to shine light on critical structures and photograph them using a near-infrared camera and narrow-band spectral filter.

Image: Small cracks in a stressed, painted cement block are barely visible under ambient lighting on the left but, show up clearly in the near-infrared image on the right. Source: Weisman Research Group/Nagarajaiah Group/Rice University.