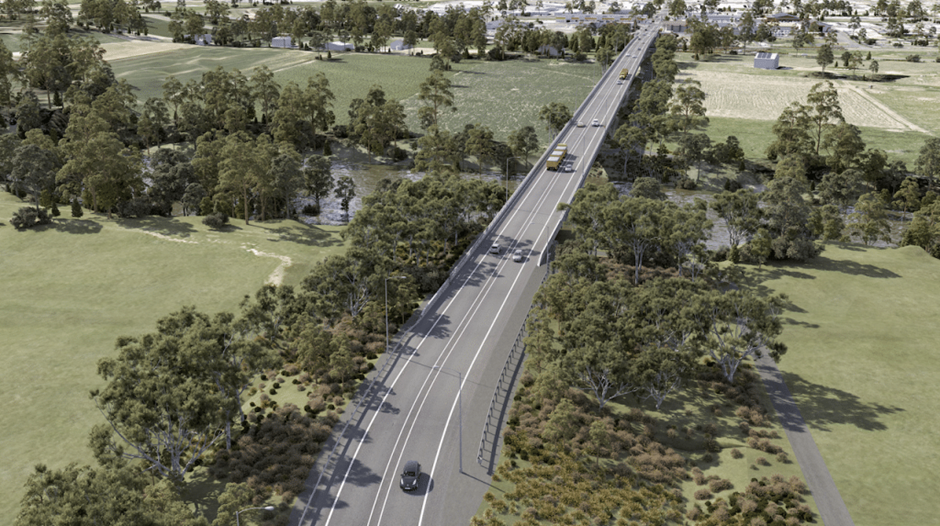 The successful contractor to secure one of three early works packages for the New Dubbo Bridge project has been announced.

A second early works package contract for test piling in the flood plain is soon to be awarded as this part of the project is scheduled to start this year.

Abergeldie Complex Infrastructure has been appointed to work on the Brisbane and Darling streets intersection in Dubbo in preparation for the main bridge and roadworks. The early works project involves the realignment and reconstruction at the northern end of Darling Street, moving it to intersect with Brisbane Street instead of River Street in the NSW regional city. The new intersection is expected to be open for traffic in early 2023, weather permitting.

The tender for the main contract for the 660 metre-long bridge across the Macquarie River and flood plain in Dubbo, part of the $220.2 million Newell Highway Upgrade, closed at the end of June. The successful contractor is expected to be announced later this year, with construction to start at the beginning of 2023.

“The new intersection is an important piece of the New Dubbo Bridge project as it will allow for easier access to the main bridge for the construction contractor to commence work when the major bridge and road contract is awarded,” he explained.

It is estimated the project will provide 290 direct jobs and another 1200 indirect during the construction phase.