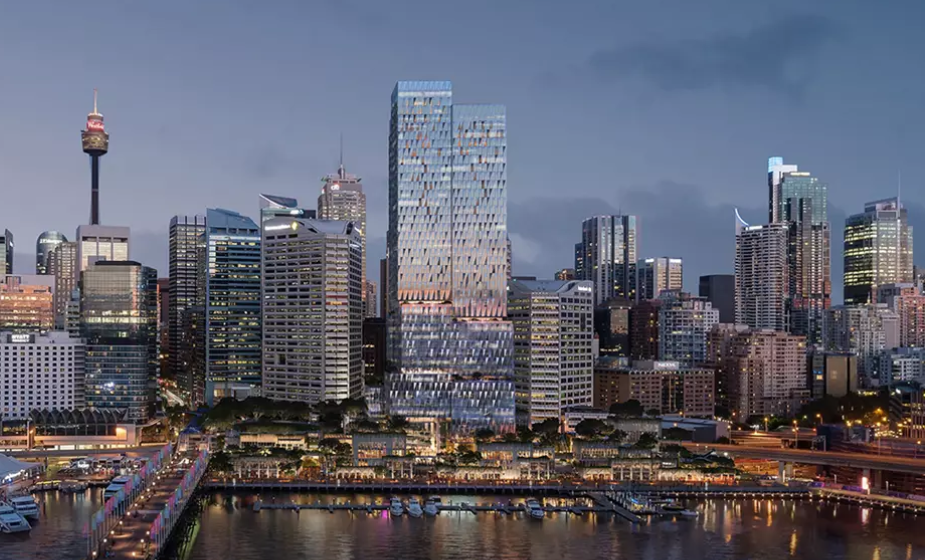 A detailed design of a new waterfront development at Cockle Bay in Sydney’s CBD is now before the NSW Department of Planning, that will see the existing infrastructure demolished.

The application for the $891 million 43-storey mixed use tower has been submitted as the Cockle Bay Park Redevelopment, five years after it was first touted and significantly scaled back. It has been designed by Henning Larsen from Denmark together with Architectus and McGregor Coxall.

The Danish architectural firm was selected in 2020 as the winner of an international competition. NSW Minister for Planning, Rob Stokes, said 3500 construction jobs would be created once the project commences in 2023 – if it is passed – and Henning Larsen anticipate the development will be completed by 2026.

The delays in timing are due to the City of Sydney and the NSW State Government having been at odds over the development, with the City pushing back claiming it would overshadow its planned Town Hall Square.

The Cockle Bay DA is for a 183-metre tower with 75,000 sqm of office space and 14,000 sqm of retail at the base. A 4-level podium with an array of retail outlets including restaurants and bars will be “woven into” a surrounding public park, with the tower in the middle.

The development will include 10,000 sqm of new parkland that joins the waterfront tower area to the CBD over the Western Distributor motorway. The proposal is on public exhibition until 7 December 2021 to which you can make a submission. Image source: Henning Larsen