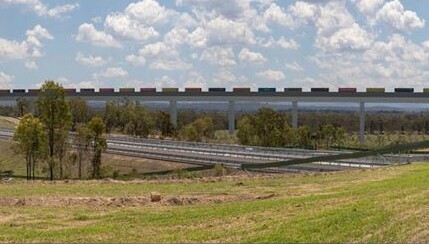 The largest diameter rail freight tunnel in the Southern Hemisphere will be constructed by a consortium that has won a 128 km rail line contract on the Inland Rail project.

The Australian Rail Track Corporation (ARTC) announced the Regionerate Rail consortium as the preferred bidder to design and construct the rail line between Gowrie and Kagaru in southern Queensland.

Included in the contract are geographically challenging sections such as the 6.2 km tunnel through the Great Dividing Range. Upgrade of 71 km of track and maintenance of the rail line for 25 years after completion are also included in the project which is part of the 1700 km Inland Rail project between Brisbane and Melbourne.

ARTC Inland Rail Interim Chief Executive, Rebecca Pickering, said Regionerate Rail was up against the best of international consortia vying for the project.

“[They] have been able to leverage their own considerable engineering expertise to produce truly innovate design and construction methods for this technically challenging project,” Ms Pickering said.

The consortium is already working on the Forrestfield-Airport Link in Perth and built the skytrain bridge and viaduct for Sydney Metro Northwest.

Inland Rail is expected to support more than 11,800 jobs along with local employment and business opportunities around Toowoomba, the Lockyer Valley, Ipswich and the Scenic Rim in Queensland, according to the ARTC. Image: Graphic illustration of a proposed viaduct structure on the Gowrie to Helidon section.