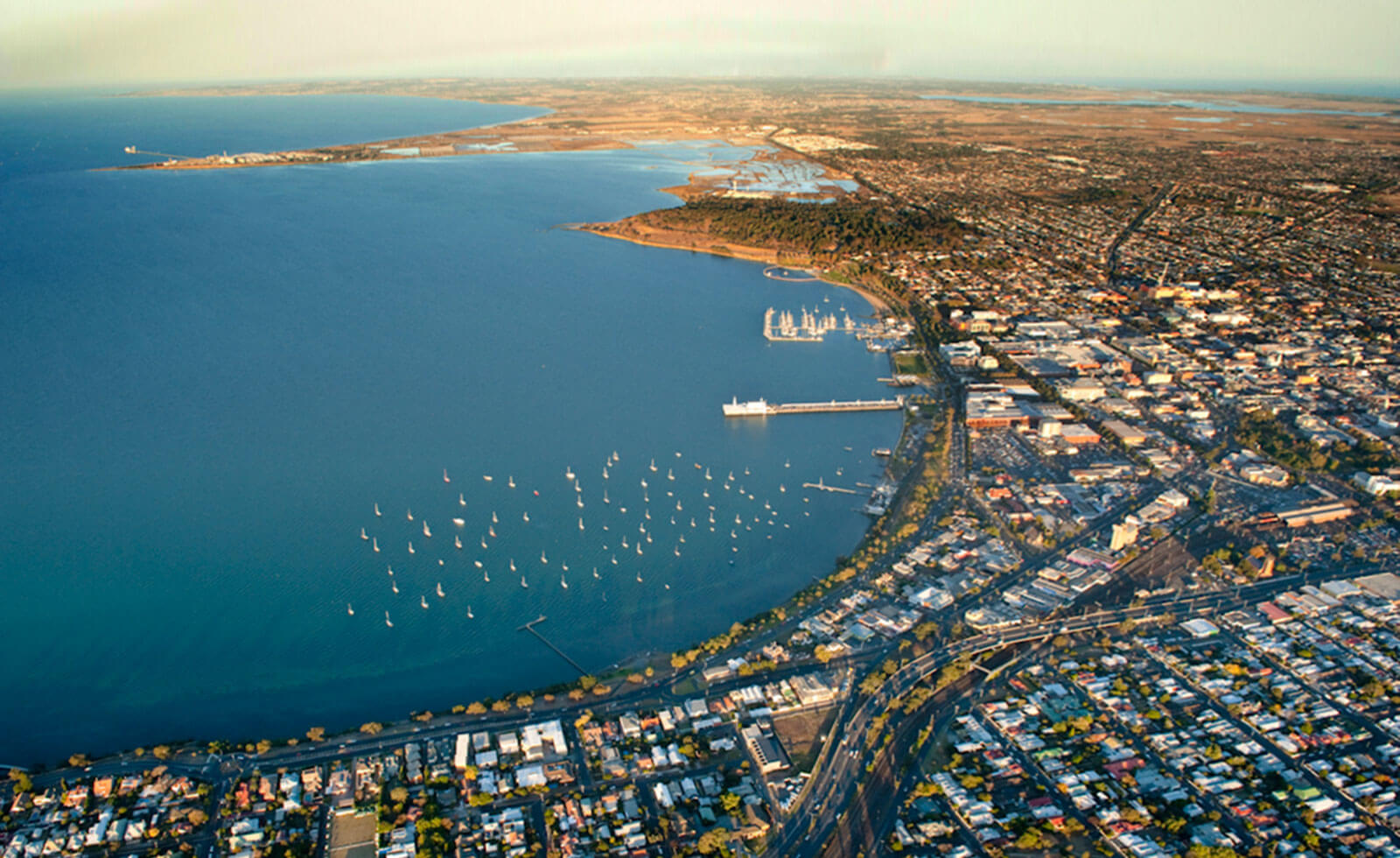 The preferred contractor has been announced for the South Geelong to Waurn Ponds Duplication project by Rail Projects Victoria for the Victoria Government.

Comprising McConnell Dowell Constructors, Downer EDI Works, Arup Australia Projects, and WSP Australia, the Djilang Alliance has been named to deliver the project, with the awarding of the contract expected by June this year.

The name adopted for the project alliance – Djilang – is a Wadawurrung Aboriginal word, meaning ‘tongue of land’, similar in sound and adapted to the word ‘Geelong’ (pictured).

Stations at South Geelong and Marshall will be upgraded and new station buildings will be constructed along with extra platforms, new forecourts and pedestrian overpasses.

Five kilometres of shared walking and cycling paths between South Geelong and Waurn Ponds and 200 car parking spaces are also included in the project.

The contract is a key project with the Victorian Government’s Regional Rail Revival Program. Early works will commence soon, including the relocation of a Barwon Water pipeline. Major construction is expected to start in late 2022 and completion is set for late 2024.