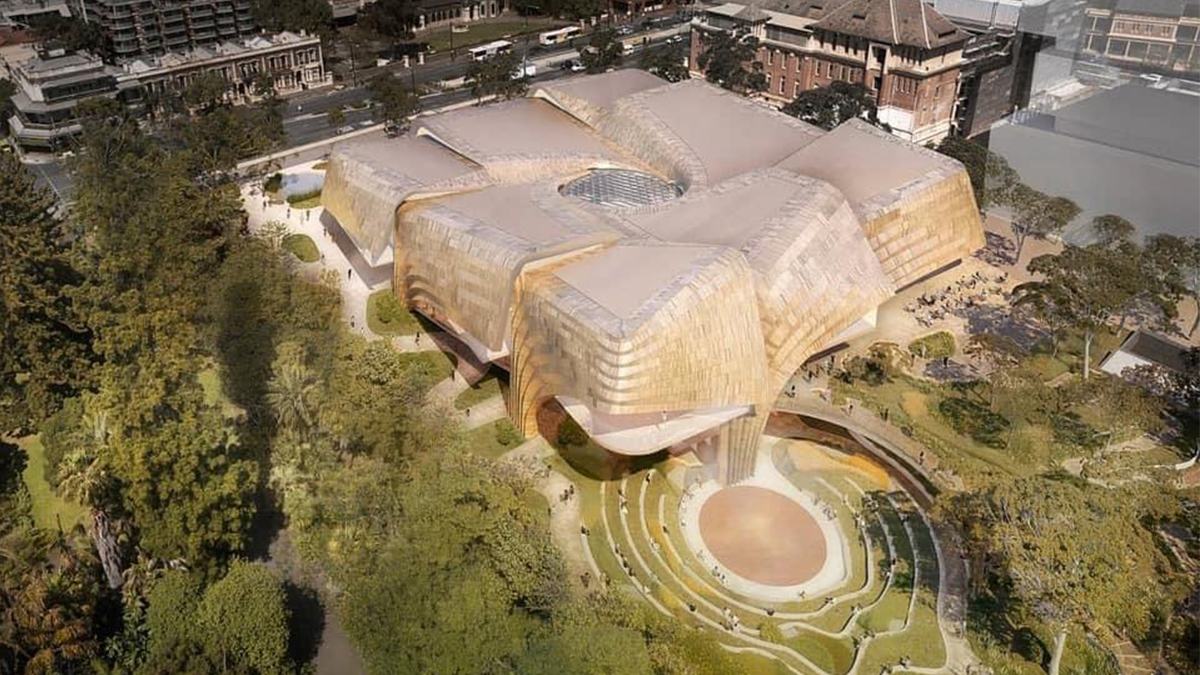 The lead contractor has been announced for the construction of an Aboriginal Arts and Cultures Centre (AACC) in South Australia.

Lendlease was awarded the $200 million contract for Tarrkarri, which means ‘the future’ in the local Indigenous language of Kaurna, with construction commencing in mid-December. The project is situated in the Lot Fourteen precinct in Adelaide.

The First Nations cultures centre will showcase 60,000+ years of culture and Country together with contemporary performance, language, visual arts and education while modern technology will provide an immersive storytelling experience.

Designed by Woods Bagot in collaboration with Diller Scofidio + Renfro, it is estimated the 15,000 sqm project will become a major tourist attraction with around 700,000 visitors a year.

At the heart of the structure is a three-storey gathering and performance space that spirals around to different levels. A “basket-like nest of columns shapes the central space and anchors the entire building”, Woods Bagot stated.

South Australia Premier Steven Marshall said the project is estimated to create 2700 jobs during construction. Tarrkarri’s Aboriginal Economic Participation Strategy will ensure more jobs and opportunities are created across the supply chain as the project moves into the construction phase, he added.

Ben Symons, general manager of building at Lendlease South Australia, said the project will set a new standard for First Nations engagement in government infrastructure projects and already reflects how the company does business.

Tarrkarri is expected to be open to the public in early 2025.